The first key element of performance I’d like to discuss here is timing (phrasing). Before we go in depth into the subject, let’s get some basic background on it:

Timing is a very broad definition, but in music, it defines a point on the timeline on which a musical note is played. Basically, in measure based timing, the musical notes are played on a certain sub-division of a repetitive pre-determined time measurement called a Bar. How a bar can be divided and why is something that I assume you, as an active musician or songwriter, should already know. If not, then just Google it. These basics are explained in numerous sites on the web.

A phrase, a groove or a series of musical ideas consist of notes that are played in certain points in time and can be recorded (documented) as audio or written as notation. There is a common way how rhythm and phrasing notation should be read and interpreted by the musician who is playing the music, either by reading or by ear. However, the 100% precise execution of measure based timing is reserved only for musical machines, sequencers or computers. Due to individual human precision limits, mental state, technical skills and musical taste, each musical performance contains unique timing properties which are expressed on the micro level.

The individual timing expression of different musicians and instruments, and the effect of it on the musical performance as a whole differs pretty widely through different musical genres, eras and sometimes even different development periods of the same artist.

There are certain types of music that call for technical precision. In these types of music, the listener’s engagement factor may rely on extraordinary technical ability, musical complexity, or sonic wizardry, or all of them. In some of these cases, bringing individual sense of timing into play can sometimes go against the collective vision. There are different ways to express each musician’s uniqueness, but technical precision is a more important issue there.

Sometimes, the raw musical performance is even edited in order to achieve technical precision. We’ll go into audio manipulation in detail in the future, but for now we’ll say that in certain types of songs, and when done right, it helps to create a sense of coherency, but in others, this can easily suck excitement and emotion from the performance.

So how does timing or phrasing relate to you being a big Rock star you might ask… We’ll get to that next time.

Feel free to ask any questions or to share your views about timing and phrasing. What’s more important, Precision or character? Hint: What can be referred to as having a more personal artistic character? This romantic oil painting of Paris?:

Or this computerized illustration of some urban scene?: 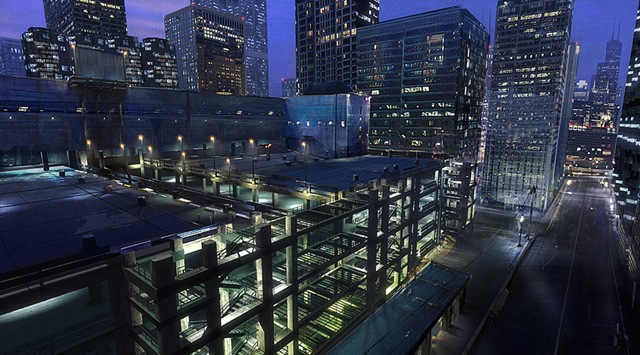 What if you prefer your music not to have a personal artistic character? Than this blog is not for you…