This song was performed by Stone Temple Pilots (Scott weiland, Robert DeLeo, Dean DeLeo, Eric Kretz) on their 4th studio release “No.4” in 1999. This album was produced and mixed by Brendan O’Brien, and engineered by Nick DiDia/Russ Fowler/Dave Reed/Allen Sides/Ryan Williams. 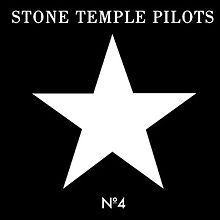 This article brings a critical analysis of the multiple aspects that make us connect emotionally to a certain song in the Alternative genre. By understanding the important elements of these highly valued performances and their emotional impact on us as listeners, we might learn what it takes to make a truly valuable musical piece.

I highly recommend reading this article while listening to your copy of the song, then watching the video on the bottom where I play the bass part with ultimate attention to the nuances of timing, articulation and dynamics in Robert DeLeo’s performance.

The song starts with a flam snare hit on the 4th beat, which kicks all other instruments playing the intro’s heavy and angry guitar riff. The instrumentation on this section consists of drums, bass and two guitars (one on the left side and one on the right side).

The bass and guitars are playing an 1/8th note oriented riff, supported by the kick drum, while the open Hi-hat is leading them with authority, heavily dragging the quarter notes. The Hi-hat seems to provide a sense of bounce and pumping to the riff. The guitar riff initially sounds syncopated, but they do play the 1st down beat on every bar (although less accentuated than the last 1/8th note of the former bar), which nails it back down to a straight 1/8ths feel.

The kick sounds relatively dry, with a short sustain and a somewhat “cardboardy” attack. It does not sound thin, but it doesn’t have a lot of low end boominess. The attack is a bit exaggerated, but the beater sound has a wider hi-mid frequency bell, rather than a pointy narrow bell attack. I assume that with less exaggerated attack it would have been harder for it to cut through the heavy aggressive guitars and bass.

The snare is played aggressively with rim-shot, it sounds pretty dark but have good attack and a lot of ringing and tone. Notice that most of its tone and sustain are buried under the heavy guitars, but are more prominent on the first snare hit, as well as on the snare fills and on the breaks between the choruses and the verses.

Both the snare and the kick appear to be panned center.

The Hi-hat has a good body and sizzle, and is the brightest sounding element in the mix. It is panned to the right, even if not to the extreme. It sounds as if it was sent to a reverb that spreads it across the stereo image, so it doesn’t sound disconnected.

The cymbals sound relatively dark and with a good body. The right crash sounds brighter than the left crash and the ride, but not as bright as the Hi-hat. The overheads appear to be panned towards the extreme left and right, what adds to the sense of spaciousness on the drum kit.

It seems that almost no toms were played on the song, except on the end of 2nd verse and on the very end, in which case they sound fat and boomy with good tone and not a lot of attack, and they’re pretty much tucked in the mix, rather than sticking out of it.

The right guitar is more heavily distorted\fuzzed than the left guitar, and also sounds fuller and a little louder. The left guitar seems to be more filtered in the low end, and is more hi-mid oriented. Both sound aggressive and one’s sound supports the other one’s sound, which makes them sound like one big guitar spread across the stereo image.

The bass sound is also aggressive and overdriven, but is dark and not well defined. It has relatively more low end than the kick and good low mid growl. Its sound blends in and supports the guitars very well, what adds to the feel of one big guitar playing the song’s main riff.

At the end of the intro, on the 3rd and 4th beats, as well as every 8 bars during the verses, the guitar plays the G and D strings heavily and aggressively, as if these notes were thrown at you.

All instruments keep playing the main riff as before, as the vocals are introduced. The vocals sound somewhat distant, dark and undefined. They seem to be perfectly double tracked with a very short delay with no feedback added, which makes them sound a little weird and distant, but also helps them cut through the other instruments and appear in their own space in the mix.

On the second half of the verse, a backing vocal part that’s singing a major third above the lead vocals is introduced. It adds to the sense of weirdness and development of the vocals. At the same time, on the right side appears another guitar part that accentuates the 4th notes and adds more dissonance.

The verse ends with a snare fill on the last bar, which gives a sense of slowing down before the chorus, as well as a downward glissando on the bass on the 4th beat of the last bar, kicking into the first chorus.

“And the dogs came in
Just to see her smile

When the first chorus enters, there is a sense of relief from the aggressiveness of the verse, as the guitars play a two bar open chord, and the drums are playing the 1/8ths on the ride bell instead of the open Hi-hat, along with a different kick drum pattern. The snare is playing the 3rd beat of each bar instead of the 2nd and the 4th beats as well, slowing the rhythm to half-time feel.

On the left side appears a thin and distant guitar part which accentuates the augmented 4th of the chord, bends to the 5th and back, then resolves to the major 3rd. This short part also appears on the 5th bar of the chorus as well.

The vocals here seem to get brighter, louder and a little more defined. This makes the lyrics on the chorus much more understandable and communicative, even if at first it was hard to understand them in the verse. They are also sung much lighter and with more air than the vocals in the verse. Another backing vocal appears along with it, accentuating a 4th interval relative to the lead vocals, which gives a sense of weirdness and unique space.

The chorus ends with a midrange accentuated, delayed vocal part answering “just to see her smile”, as well as a flam snare hit like in the beginning of the song, with all instruments resting for the last beat.

Here, it is pretty much the same story as the first verse, except that in the middle of it there is an aggressive 1/16th note snare fill on the 3rd and 4th beat, and the last bar slow-down of the verse is played with a big tom fill.

The same story here also, except that instead of the syncopated kick and Hi-hat pattern in the middle of the chorus, there are two snare hits on the 3rd and 4th beats, with the second hit being a flam hit.

The guitar plays an angry and aggressive solo with a lot of blues oriented bends, which comes to replace the vocals on the last half of the last verse. The solo guitar sounds more mid-range oriented and more distant than the main guitars. It is panned center and appears to occupy its own space in the mix.

Now the vocals sing the second half of the verse, along with the backing vocals. This verse ends with a two bar syncopated part played by all instruments, as well as a filtered bending guitar part on the left side. Notice that this part enters on the 3rd beat of the last bar, making it asymmetrical.

When the bridge is introduced, there is a sense of a totally different atmosphere that was not introduced until now. The vocals sing with more weirdness, attitude and spread, supported by backing vocals on the left and right side.

The drums play a half-time feel pattern, while a new heavily tremoloed and filtered guitar part is introduced on the right. The bass is playing longer notes with high register bluesy fills on the 3rd, 4th and 5th bars, as well as on the 8th, 9th and 10th bars.

All these elements combined together give a sense of flying and floating in space, a feeling that was not introduced until the bridge.

This section ends with a long sustained note, which seems to have no defined length. I assume that the band starts playing the next section together by eye contact alone (please correct me if you know better from the inside). Whatever this note’s length is, it isn’t symmetrical.

The 4th verse is pretty much like the 2nd verse except that it ends with a repetitive chromatic syncopated chord change (a small piece of the riff) played by all instruments, starts on the second 1/8th of the 4th beat. This part emphasizes the chaotic feeling at the end. It is played for 6 bars, while there is a quarter note length delay with a lot of feedback on the vocals, which keeps feeding back after all instruments have stopped (on the last 1/8th note of the bar), then fades out to the end.

Feel free to let me know what you think, and if you liked it, don’t hesitate to share…

For personal inquiries, questions or suggestions, please contact me via E-mail: theshtikfactory@gmail.com